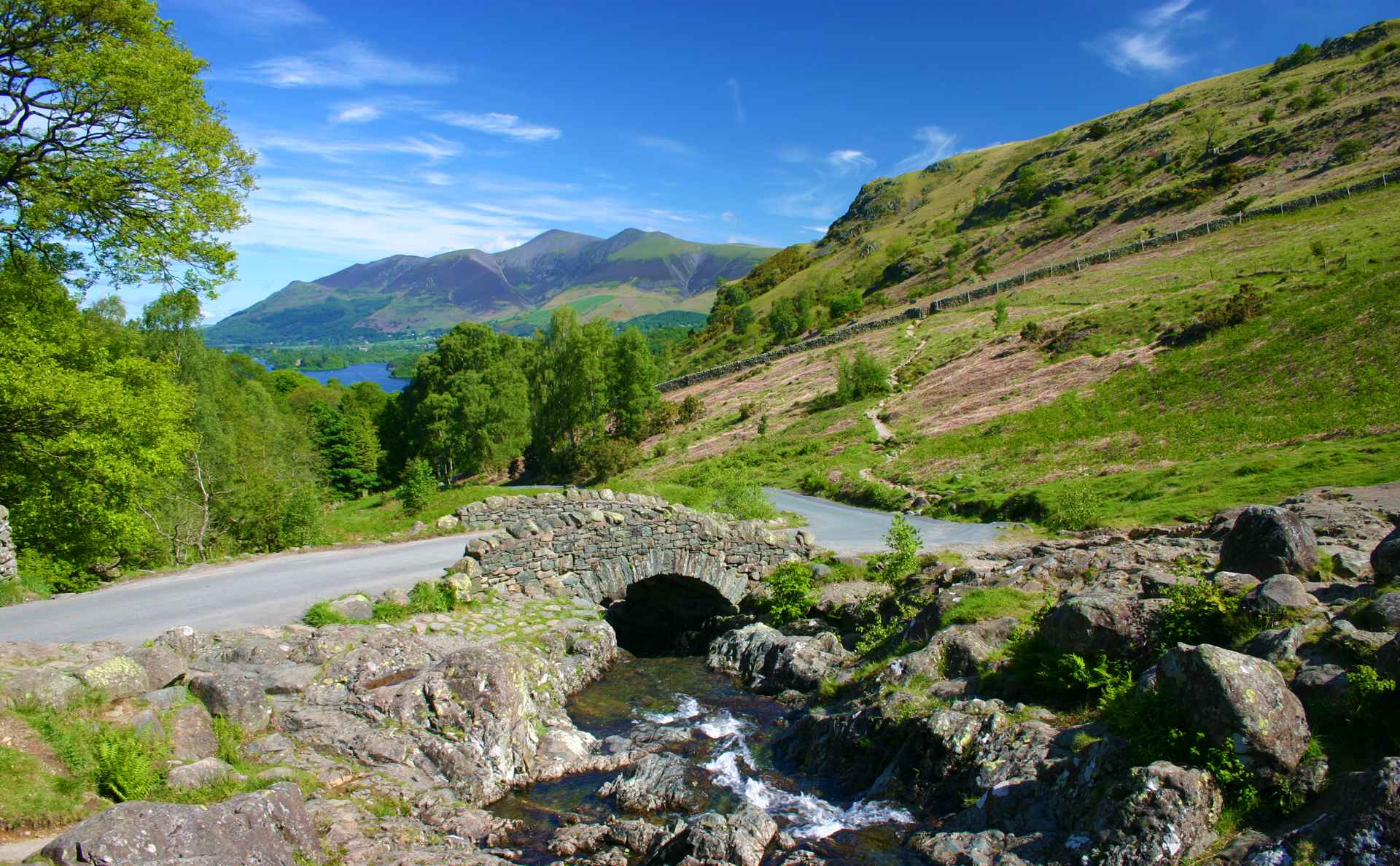 This half day tour will take you to the northern lake district for spectacular scenery, fascinating sites and eight lakes, all in one afternoon. This is one of our most popular tours and gets fully booked quickly so please book your seats early as we have limited places and dates available.

Your afternoon starts with a climb, all the way up to the Kirkstone Inn,the highest inhabited building in the Lake District, for a stop to take in the views back down the valley right the way down to Lake Windermere and Ambleside. This once important coaching inn sits almost at the summit of the Lake District's highest pass that is open to motor traffic.

We follow the road along the western shore of the vast and sparkling lake almost in the footsteps of William and Dorothy Wordsworth. It was here at Wordsworth Point that they saw the wild daffodils, the inspiration for one of Wordsworth's most famous poems. Your next stop is here to allow you to access the lake shore for some splendid views of what the celebrated Lakeland writer Alfred Wainwright described as "that loveliest of lakes, curving gracefully into the far distance".

At this point we leave Ullswater and head north and west towards Keswick. As we pass the impressive mountains and fells, looking up at Blencathra one cannot help but be moved by its shear scale, and those slender fingers of rock running southwards from its high ridge line must either frighten, or excite. Blencathra is one of the most northerly mountains in the Lakes with six separate fell tops, the highest standing at 868-metres. One of the famous features of Blencathra is the steep ridge called Sharp Edge which you will see as we pass the foot of the mountain. This is a walker's paradise and some of the fells in this area are challenging and difficult even on a mild summer's day. Your next stop is right in among these rugged mountains at one of the most spectacularly located Neolithic stone circles anywhere, Castlerigg.

Castlerigg Stone Circle stands on a superb natural plateau commanding a superb 360 degree view over the surrounding fells. Made up of 38 free standing stones, some up to 3 metres (10 feet) high, it is one of Britain's earliest stone circles dating back to the Neolithic period 4000 to 5000 years ago. The spectacular and atmospheric location will take your breath away but we only have a short stop here before we head onwards to the shores of Derwentwater for your next destination.

Our journey now takes us along the eastern shores of Derwentwater, one of the principal bodies of water in the Lakes. Visitors have flocked here for generations to admire the beauty and climb the fells. Two of the favourite holiday homes of Beatrix Potter, Lingholm and Fawe Park, lie on the shores of Derwentwater and even scenes from Star Wars have been filmed here. Driving along the wooded eastern shore of the lake, our road suddenly forks off and we climb up a narrow, steep track into the wooded fell side. Suddenly, the trees clear and your next destination, Ashness Bridge appears.

Ashness Bridge is the most photographed bridge in the Lake District and once you se it, you will understand why. This extremely popular viewpoint looks out over Derwent Water with spectacular views over Bassenthwaite Lake and the River Derwent. After taking your photos of the scenery, we will then take you further up the fell to another well-known beauty spot, the Surprise View where you can see how great ice sheets carved out this impressive landscape: you have an uninterrupted view across Derwent Water to Bassenthwaite and onto the Solway and the distant shores of Scotland.

After you have taken all the photos you want of the spectacular view, we head back along the shores of Derwentwater and start to head back down towards Ambleside. On the way you will pass Thirlmere, which was originally two smaller lakes, which were purchased by Manchester City Corporation Waterworks in 1889. The area was dammed with a dam whose greatest height is 104 feet, and the area became one vast reservoir. In the process, the settlements of Armboth and Wythburn were submerged.

At the foot of the water, we then head back along the mountain pass of Dunmail Raise. This is the flattest of the mountain passes in the Lake District running down towards Grasmere. Dunmail Raise is also the name of a large cairn which stands on the top of the pass, on the central reservation between the two carriageways of the road. Legend has it that Dunmail, the last king of Cumberland, is buried beneath the cairn at Dunmail Raise after having been slain by the English in battle.

Now the road drops steadily down from the fells and before long, we drive along the shores of Grasmere, your seventh lake. William Wordsworth lived here at Dove Cottage and as we continue on, we pass Nab Cottage, the home of his friend and author, Thomas de Quincey. The road winds along the shore until we come to Rydal Water, your eighth and final lake. The water here is often mirror-like still with beautiful reflections of the surrounding fells. We pass Wordsworth's last and favourite home which is situated off the road at Rydal as we return to Ambleside for the first of our drop-off points.