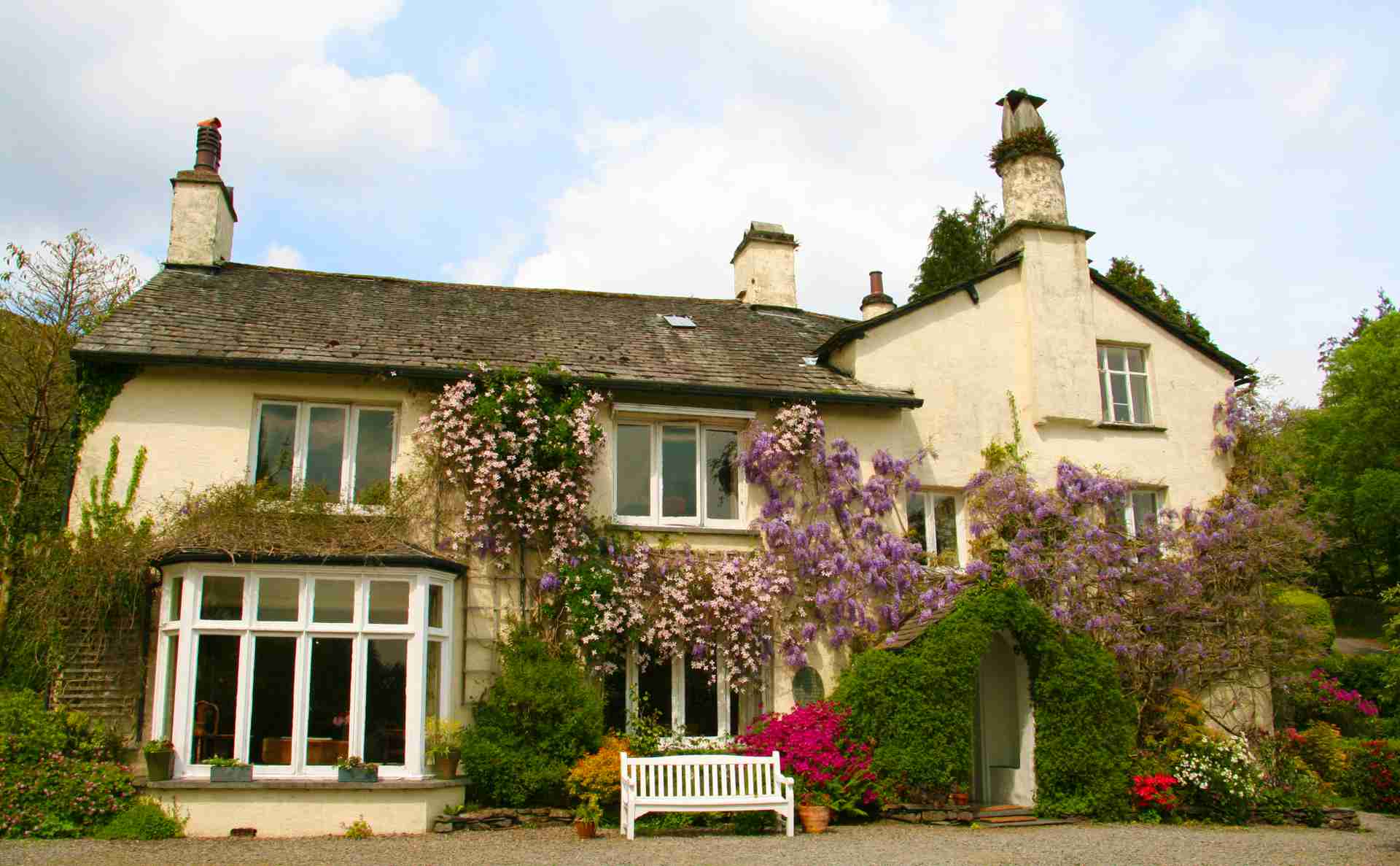 The 'Grot' at Rydal Hall

To the Wordsworth Graves
© Dave Willis

This half day tour will take you to places associated with the poet William Wordsworth in just one afternoon. This is one of our most popular tours and gets sold out quickly so please book your seats early as we have limited places and dates available.

The afternoon starts with a drive out of Ambleside to Rydal Mount. After the death of two of their children, the Wordsworth family felt that they had to move away from Grasmere Rectory with its constant view of the graveyard where they were buried. In 1813, they moved to Rydal Mount. This was William Wordsworth's best loved family home for the greater part of his life from 1813 to his death in 1850 at the age of 80. The house with its beautiful gardens were a focus for romantic literature. They continue to be owned by descendants of William Wordsworth and retain the feel of a lived in family home. The house dates from the 16th century and was enlarged over the intervening centuries, and also by William Wordsworth himself. It contains a selection of the family's prized possessions and portraits. William Wordsworth was a keen landscape gardener and the five acre garden remains very much as he designed it. It consists of fell-side terraces, rock pools and an ancient mound. Entry to Rydal Mount is not included in the price of this tour but you do have the option to buy an entry ticket when you book the tour with us.

For anyone who does not wish to go inside Rydal Mount, there is an opportunity to visit the beautiful and tranquil Rydal Hall Gardens. Built in the 16th Century, Rydal Hall was the home of the le Fleming family, William Wordsworth's landlords at Rydal Mount. The house has subsequently been much altered, including the addition of a Victorian south range. The formal garden at Rydal Hall was designed in 1909 by the Arts and Craft garden architect Mr Thomas Mawson. It is a splendid example of the work of the leading Arts and Crafts garden designer, whose work is world famous. The garden is of particular historic interest for the extensive use of exposed aggregate precast concrete, instead of more usual stone, to form the main elements in the design, a very early use of concrete in this way. The Carlisle Diocese in association with The Cumbria Gardens Trust and in consultation with English Heritage are restoring this lovely formal garden. There are mosses, native flora and trees, including a 500 year old Sweet Chestnut tree with a girth of 36 feet. From the formal garden the sound of rushing water can be heard. Water crashes over a series of high waterfalls down a rocky ravine, through the banks of a wooded garden. The oldest 'viewing house' in the country was built below the lower fall in 1669.

Near to Rydal Mount is Rydal Church. The chapel of St Mary was built by Lady le Fleming, of Rydal Hall in 1824. William Wordsworth helped to choose the site, which was originally an orchard. The Wordsworth family and the family of the English poet Matthew Arnold, from nearby Fox How, worshipped here. Their family pews are on each side of the aisle at the front of the church. William Wordsworth was church warden from 1833-1834, and there is a memorial plaque to him.

The Rash field next to the churchyard is a plot of land which was bought by William Wordsworth who originally intended to build on it. The house never materialised. After his daughter Dora died in 1847, William went down to this field, and together with his wife and gardener, planted hundreds of daffodils as a memorial to Dora.

We now move on to Dove Cottage on the outskirts of Grasmere village. Dove Cottage is where William Wordsworth set up home with his sister Dorothy in 1799. There are big changes happening at the Wordsworth Museum and it will not be open until mid 2020, however, Dove Cottage will be open as normal. Entry to Dove Cottage is not included in the price of this tour but you do have the option to book a visit to the cottage when you book with us.

Finally we arrive at the pretty village of Grasmere. We stop here for a while to see the locations which were so important to William Wordsworth. His family quickly expanded, with the arrival of three children in four years, and so they left Dove Cottage in 1808 to seek larger lodgings at Allan Bank on a hill overlooking the village and then 3 years later, Grasmere Rectory both of which your guide will point out to you on the village tour. You will also have a chance to see St Oswald's Church in the village and the Wordsworth family graves which are one of the most visited places in the Lake District.

Grasmere is also the name of a lake just outside the village itself. 'The loveliest spot that man hath ever found' is how William Wordsworth described this most beautiful area of the Lake District. The small island in the middle of the lake was a favourite place which he often visited while he was living at Dove Cottage.

Our road now heads south towards Ambleside passing Nab Cottage. This was once home to Thomas de Quincey and later, Hartley Coleridge, the son of William Wordsworth's old friend, Samuel Taylor Coleridge who rented the house in 1840 until his death there in 1849.

This Wordsworth full-day, all-inclusive tour may also be of interest...

We also have another Wordsworth Tour which is an in-depth exploration of William Wordsworth's life in the Lake District and will appeal to a more adult audience. It is one of our Full Day All-Inclusive tours and is called "The Lakeland Poets: Wordsworth and his circle at Dove Cottage, Grasmere and Rydal Mount". As the title suggests this tour will give you a wider view and better understanding of the life of this world famous poet who was one of the founding fathers of the Romantic Movement in literature. You will also visit some extra locations associated with William Wordsworth. All entry fees are included in this tour and you will have no extra expenses other than your own lunch. Your guide will be able to give you a fuller explanation of what you will see by setting everything in a much wider historical context. You can find out more about this tour here.

Check the availability for Wordsworth Afternoon Half Day Tour